Why is Pakistani Media killing our core values ?

They always say to me that english movies and dramas have much more violence and sex and bad things in them, you don't say anything about them? but the thing is that the program or a movie has clear indications of whats in it and if there is something you can just skip that part and it's over also due to language most dont understand it anyway.

The problem is that Pakistani media is in urdu and easily understandable to children and the themes being discussed in primetime when children are watching have far greater impact also the writers take no pains to make the dialogue a bit cryptic so that the children wont understand.

You're discussing behavior which is not even acceptable in our society like promiscuity, deception and cheating spouses and it's all wrapped in easy language cheesy dialogues and then I see little children repeating those dialogues and words of which they don't even know the meaning of.

One purpose of television is of course to provide entertainment but it has another purpose, which is to educate. When asked, the authors and directors of those dramas why they're showing this kind of bad behavior they say that we're showing this because we want to make it an example and at the end the bad behavior will get punished. But they dont realize that the youth dont wait for the conclusion and instead learn "the new bad thing" which is very cool! Who cares what the end was...

I am concerned because these programs are designed to appeal more to a female audience who are the first universities of our children, the mothers and whether you want it or not you end up learning something when you watch television and what is being taught is not good.

The way things are going in Pakistani society every aspect of society is on the verge of collapse. They say if you want to look at the level of enlightenment in a society, you should look at the art and when I look at Pakistan's art I see only decay.

Why are these television channels so hell-bent on destroying family values. All kinds of stories can be manufactured, stories which uplift the soul, teach you values of friendship and love and loyalty.

The purpose of entertainment is to make you forget things, forget your problems but this entertainment is creating more problems. This is supposed to be a muslim society with core values taken from Quran. Just take a look at your television, is this a television of a Muslim country? are the stories being told really necessary? The more vulgar and adventurous the narrative is, more popular the program.

So much resources for human beings in the world so much knowledge and still the world decays. When you talk about problems you talk about blame, Who is to blame here? Ultimately the control is in your own hands but sadly we don't exercise that control. I can of-course limit myself but how can I impose my vision which may not be right on others? That's my problem.

But the thing is that deep down all us know what's right and what's wrong, then why do we get confused or just simply ignore our inner voice? What I think is right, may not be right but there are indicators which can help decide. When a society is on verge of collapse it tends to ignore its inner wisdom. 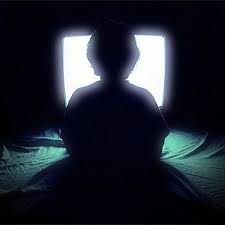 Our media is so eager that it doesn't care that it's destroying the very fabric of Pakistan. I don't see anyone out there on the streets protesting a television drama, even though it has invaded our home and has destroyed the very values we hold very dear to us. The thing is that people think that it's just something to pass the time. What they don't realize is, this is also being used to indoctrinate them with ideas which are at odds with our social values.

By social values I don't mean the code of the village. What I am trying to say is that I realize that some aspects of our society do need change, like women's education or equal rights, but they are some things that are good for the society, like family life, loyalty, faithfulness. Why is the media trying to destroy that? Almost all of the television right now in Pakistan revolves around a boy meets girl or a triangle, unfaithful husband or a wife story or some sort of deception.

They say that the media is a representation of the society so have we degraded so much?
Pakistan TV

Huma said…
This comment has been removed by a blog administrator.
11:18 AM