January 22, 2012
So I was surfing the net & this link pops up on twitter. As a rule I have decided not to watch Pakistani television for mental health hazard reasons but heck this was from the net and must be something funny but it turned out to be shocking. 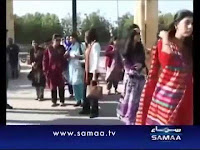 A mob of Vigil-Aunties lead by Maya Khan attacking kids allegedly on dates in the parks... well to tell the truth it was kinda funny for about 3 seconds and then it turned to horror and outrage. Who is she to be the moral police was my first reaction.

Its sad really to see the lows people can go to just for cheap fame. The reaction from the internet was overwhelmingly negative as well.


I think all the rage and the disgust stems from the fact that this one incident illustrates how close to the brink we really are. The fact that Pakistani society has extremism now embedded in its very core. 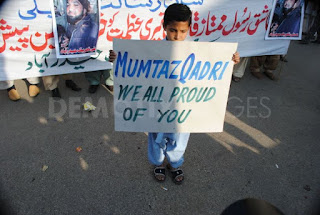 You dont need to be mullah or bearded religious fanatic to be an extremist, years of programming of the pro-radical islamic doctrine to the masses has resulted in a society which is at odds with itself.

Every aspect of society has these inherent contradictions. For example this woman is the chief inspector of the moral police but has no qualms with dancing on live television. Thats one example but the problem is wide spread. It seems that most Pakistanis live a double life.

On the surface there is this facade of religious piety but within reside demons of conflicting desires. Pick up any newspaper and see the stories. Turn on any Tv Channel and watch any Drama.

While its easy to condemn idiotic behavior like this but what about other extremes the same society goes to. For example the discrimination of minorities, the exploitation's of children and women. I dont see vigilante tv anchors like this one exposing some mullah who is spreading hatred and violence. For once I would like to see some Maya Khan to storm a Mullah while he is conducting his hatred sermon. For once I would like to see a tv presenter storm a big wadera who is harboring slave labor.

While we protest, we need to take a deep look into our selves for we as a society are guilty of the very same or even darker.

Speaking up for this was easy cause the target was easy but what about things that really matter, what about equal rights to everyone, what about justice, while the murderers like Qadri roam free and are regarded heroes and the oppression of minorities has found a new high.

The sad part is that even with all the protest, there will be no change cause the ones protesting represent only a fraction. The main stream Urdu media will not speak and even if does most likely the voices will be of praise.

This is the divide that exists in our society, the twisted values the masses adhere and subscribe to are the product of a long and deep indoctrination of pseudo Islamic radical extremism which has nothing to do with real Islam.

The other sad aspect of this is that this kind of hidden extremism generates youth which sees religion as a tyrannical force and becomes rebellious and drifts further away from legitimate and useful Islamic values.


UPDATE I : According to Huffington post a petition posted online that criticized Khan's behavior as "highly intrusive, invasive and potentially irresponsible" and demanded an official apology attracted more than 5,000 signatures. 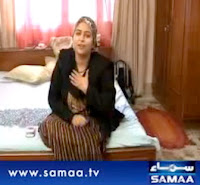 Khan reportedly rejected the criticism at first but eventually issued on apology on TV to anyone she may have offended, saying "it was not my objective to make you cry or hurt you."

This fell short of the apology that Khan's bosses demanded, according to a letter written by the chairman of Samaa TV, Zafar Siddiqi. It said Khan and her team would receive termination notices on Jan. 30 and her show would be canceled.

UPDATE II : After almost a month of the incident Maya Khan appeared on Express News still refusing to apologize and saying it was all staged... Oh come on!