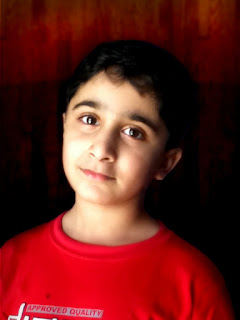 29th May 2013 the last day I saw my son alive. We had traveled all night and my flight was at 9am. We stayed at a place for freshening up in the morning just outside of Islamabad, it was a cool breeze and Rohan & Rohail were running around, it was a hilly place all green, a mosque.

It was the last time I saw him smiling, that moment his innocence, the laughter with his brother, thats how things should be.

A playstation thats all he wanted, and thats what I promised I would send him, he had started counting the months even before I left. A year later when Rohail got his console I kept thinking how happy Rohan would have been if he had gotten it.

After the boarding procedure I talked to everyone on the phone and then we started texting, his mom wanted him to sleep but he wanted to talk to me, after a few texts he said something to me that means more to me than anything else in the world, he said "I love you more than I love any one take care" that was the last thing he said to me, how I wish I could tell him how much he made me proud & how much I miss him. 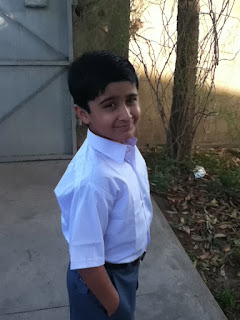 There are reminders of him every where, every smile, every excited story Rohail tells me & the baby noises Aaniya makes, reminds me of him, when I take Rohail to school, sight of uniforms, of brothers walking, of parents giving their children water bottles, reminds me of him.

You might think that with the passage of time one forgets, but thats not what happens, we don't forget the ones we hold dear, for me it hits me every time like the first time, a flood of emotions in just a few seconds and then the void, a feeling of loss profound and complete.

There is no moment in which I don't feel his absence. His friends in the neighbourhood have all grown so much, I cant help but wonder how he might have, when I see them. He would have left primary school by now& he would be pleading me to let him go to school on his own bike.

I was in flight when Rohan passed away, an hour before I reached Lahore, they took him to a hospital in Faisalabad. This is where my heart wants to stop beating & explode, when I think about all the pain and agony he was in and I wasn't even there. When he was fighting for his life and he did fight, someone told me that a doctor said that even with the injuries so severe, he fought for every last breath and didn't give up, but his heart couldn't take the strain. 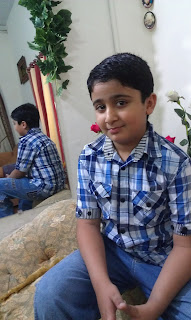 Just a day before I had a dream in which I heard a voice saying that Rohail has been left behind and Rohan and Dareeba have reached the destination. I spoke to my sister from the Abu Dhabi airport and all I could think of was that dream, I knew that my wife had passed away on the spot but there was still hope for Rohan. When I reached Lahore my MTA team members were there to receive me and they wouldn't tell me that Rohan had passed away, so I just wanted to go to faisalabad to see him. On the motorway I received a text from my nephew grieving for Rohan and I watched my worst fears materialise, that dream had come true. I did not ask about how much time to Faisalabad after that.

When we reached Rabwah we went to the hospital mortuary and there I saw my sweet little boy, my pride and joy wrapped in white, sleeping. I saw him one more time after that and thats when we took him for burial. They say no parent should be alive to see their child's burial. I agree.

We buried two that day. I have written about my son. His mother another part of me that I lost that day. A companionship of 13 years, another tale of lament.

I just want to say to all of you, cherish the ones you love, cherish the time you spend with them & make memories which you can hold on to, not regrets. Let the people special to you know that you love them, for the illusion of permanence can be shattered anytime. All that matter in the end are memories. Nothing remains but memories.

Gratitude - More about the accident and what came next

Anonymous said…
This brought me to tears. I pray from the bottom of my heart Allah eases your pain for you and your whole family. And I pray Allah protects you and your loved ones and me and my loved ones from ever experiencing such a loss in future.
May you all meet together again in Jannah InshAllah.
8:40 AM 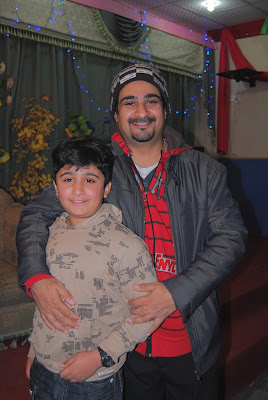