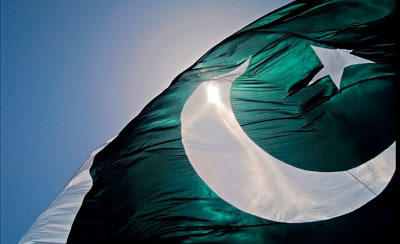 I loved the name and when I grew up I loved the idea. Since then Ive accepted the bitter reality that the idea though how beautiful at its inception, remains as fragile.

Ive seen many years and have witnessed the decay of morality and humanity seeping away. Things that once were rare and were enough to jog the conscious of a nation, now dont even register. Pakistanis seem to have and endless ability to devise ways to plunder, murder & inflict endless pain thus becoming less then human blood thirsty sadists.

A population with no moral values, no human decency invites a destiny of annihilation. No amount of human endeavour can alleviate the collective sickness that runs in the blood. There is no cure for this plague except extinction. 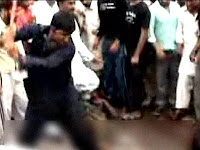 An extinction well deserved. When you remain quiet when they murder brothers, mothers and children. When they burn houses and you look the other way. When they spew hatred and you accept. When you dont think and just obey. You dont question what you are told. When murder is incited, why dont you stand up and say NO!

Every living being values its survival and nations are like living creatures too, an extinction of species is even more painful when there is no resistance from within becoming a lifeless mass of cowards who have surrendered to a few bigots and zealots.

Those voices which dare to speak are silenced due to the cowardice of those who can speak but refuse because of fear. What they dont realize is that if voices becomes a chorus they can drown out any bigoted congregation. But fear grips the hearts and drains away last drops of hope and sanity.

Thus I write these words knowing no soul will stir, no heart will skip a beat for the persecuted, the weak and the oppressed. Oppression and persecution once started can never be contained and it always results in total collapse. I lament the skyfall which awaits.

A loss which could be avoided with reason instead you embrace death and the sad part is that no eye will become wet on the demise of a nation with such a beautiful name.