October 12, 2015
I usually stay away from the news and thats by design cause every time there is a new atrocity, my mind starts reeling, I come face to face with the same dilemma again & again, if you speak up no one listens, yet can't stay quiet as well, too much bloodshed all around, the soul slowly becomes numb, while the killing & bloodshed in the name of every possible deity continues, on to the next atrocity & the next.

Outrage expressed in the form of words on a computer screen, What does it achieve... Nothing. Murderers keep roaming free. No one can/will stop them, for everyone has vested interests. Those who need to hear those words, never will & those who read them, choose to ignore.

Truth. It doesn't phase anyone anymore, We see images of unimaginable human suffering due to the cruelty of other humans, we are content with sharing those images with others on social media, a few comments here and there and on to the next post, all that human suffering reduced to an emoticon!   True outrage cannot be expressed by words it requires actions...

Palestinian kid shot in the heart by monsters, while an Ahmadi kid fights for his life in Karachi Shot by the same monsters different names, those who are consumed by hatred become inhuman in every deed.

This the evil that humankind is capable of, this is its ultimate manifestation, The decay of the human soul is complete, there is no going back.

The fire has been lit in Syria it will ride the winds of greed & hatred, engulfing everything. The dangers of a global war are too real to ignore this time. Humanity is on the brink of destruction unprecedented in its scale.

Yet the masses seem oblivious form all of this, too consumed in triviality, as if hypnotised to conform & shun free thinking. It's like collective insanity & cruelty superseding the constructs of race & religion annihilating every last glimmer of humanity.

As soon as one thinks that this was the lowest humans could get, there is something else something more dark and even more evil than before.

How can they not see the faces of their own children, while putting bullets into their chest, humans can't do that they must be monsters. 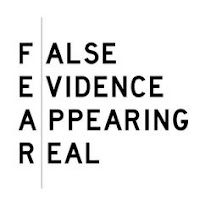 What will make them stop? Be it the persecution & target killing of Ahmadis in Pakistan or the children shot point blank in Palestine or the victims of the bomb attack in Turkey, behind it all are the same monsters, hiding under different names & banners. All their power resides in fear and that's the only way they can be defeated.

Deny them their power... shed the fear, by doing that You deny them free reign. The simplest act of kindness and compassion & perhaps in some circumstances the most difficult, is to speak up, not staying quiet when one witnesses an injustice.