The Dilemma of Certitude 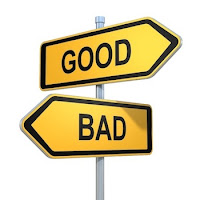 Trying to understand the world around us, what makes people do the things they do, their motivations, their beliefs, is it simply that black and white, what about the greys?
Why do we find that most of the times those supposed bastions of faith are the ones the most corrupt. Dont these people understand the precept of their own belief system. What makes them not practice what they preach? The answer to this question unlocks the deepest mysteries of belief and sin.
Unfortunately the dogma that one adheres to does not supersede the universal vice of greed & ego, until there is equality, all the promise of salvation is deluded, a smokescreen to enslave and exploit, regardless of what dogma you adhere to, if in practice there is injustice and there is a clear divide, it is a failure.
Here is the stumbling block, when one tries to make sense of what one observes, with logic alone and can be forgiven for thinking that perhaps the purpose of every theological dogma is to enslave & exploit in the guise of salvation, the grandest deception of them all.

The old adage, 'Power corrupts and absolute power corrupts absolutely' is not just a saying, its the bitter reality, everyone of us, in the circle of our influence, indulges in the misuse of authority in one way or another. Thus we bare the responsibility of our own suffering.
Why is there never a mass revolt at the very beginning of tyranny, only until the waters are way over the head, some wake up. This suicidal procrastination stems from the selfish desire to reap the benefits till the very end and simply, fear. The cruelty of humans to profit from the other's misery is unprecedented in all things living.
Afraid of being branded, a heretic, a disbeliever or an anarchist, the "commoner devout" adhere to their notions of absolution, too afraid to question the injustice and tyranny, the impetus for voluntarily allowing one's self to be subjugated, it is never easy to step outside from the path, pre defined for the herd.
The real question one is confronted with is that for how long and how far can one accept the extortion of ones soul and the forced injustice in the name of salvation. When does it become apparent that things need to change or does one let his soul wither away while the last of his dignity is trampled upon.

So it all boils down to faith, exhortation, indoctrination by the organised clerical theatrics, to have blind faith without question, all the while those who play the system, the ones with power, the ones with bloodlines, get away with anything. Or do they? Belief tells us of an afterlife, a day of judgement, belief tell us that everyone will be held accountable. One wants to believe that its true and this is not the perfect excuse to maintain the status quo.

Perhaps a crisis of faith, the dilemma of certitude, is necessary for one to truly understand, to truly believe and not just be a part of a herd. Its one thing to proclaim faith and another to truly arrive at it with deep contemplation not by the resignation of logic but by the convergence of logic and the ethereal.

Dogma alone however pure and meaningful cannot bring deliverance if there is no adherence from the lowest to the highest echelons.