Welcome to the new dark age 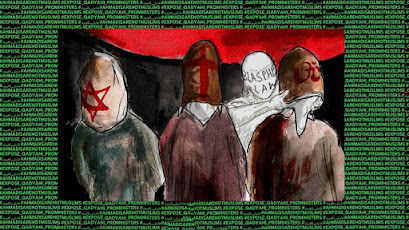 Pakistani millennials are even worse than the rest of the world and this is for a simple reason which is that hatred for others is as normal to them as breathing. The culprit here is the slow indoctrination of the youth from the very start of their lives. The legacy of Zia's infestation of intolerance bears its fruits.

The disturbing trends on social media recently shattered the illusion of that illusive silent majority which it was supposed to be there, lurking in the shadows.

The truth is that the very fabric of Pakistani society reeks of intolerance and bigotry and there is nothing that can be done to change that now. The instances of people celebrating murderers and openly calling for persecution or oppression disregarding any semblance of understanding basic human rights is not restricted to a few bigots or zealous clergy anymore, the poison has spread to the youth, with no inkling towards researching or even questioning what has been taught to them, they are now the perfect example of what a morally corrupt and purposely made ignorant society can breed.

It's only a matter of time when persecution of a single community will not be enough for them, it already has started we can hear the voices of others that are being targeted now.

All of this for validation from others in the culture of social media, the ones inciting hatred don't even know the very basic teaching of the religion they pretend to protect. It's all done for social media clout and the benefits that are supposed to be associated with these statements.

There was a time when even if a group hated the other, they still valued life above all but now merely belonging to a certain demographic or having different beliefs is enough to warrant the incitement of death, those who seek validation from others find droves of similar like minded morons to reinforce their retarded world view.

Social media has become this toxic place where instead of progressive new ideas of equality, tolerance and justice, which could have moved the world towards a society at peace, centuries old biases and bigotry, fanaticism, discrimination have found a new home. Which is such a shame, for it had great potential, but as with everything else humans touch, they ruined this as well.

All that one can do now is brace for the inevitable collapse further into chaos, with mobs murdering innocents in the name of their religion without any fear of repercussions, instead being celebrated, there is no turning back from this point onwards. This is the culmination of almost a century of inbreeding hatred, this disease is in the very fabric of Pakistani society now.

But this will not stop at that, and this is the only solace for the persecuted, that this mob will eventually turn towards each other eradicating itself from the face of the earth, for you see hatred has no end and its final victim is itself.