May 18, 2014
I represent the common man. Lot has been said about the recent events by those who claim to represent the sensibilities of the common man, but these analysis feel quiet biased and sometimes outright lunacy specially when some are clearly trying to advance their own agendas thus ending up being the laughing stock of all those who witness & can see beyond the farce. 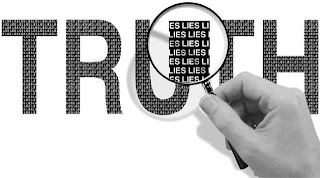 The problem is the society's tendency to accept whatever is presented as true, if the voice is louder than the rest and the facts & claims presented are absurdly outlandish. All that's needed is a little spoon feeding a throat that can yell as hard as it can and an audience conditioned to obey.

The more absurd and provocative the claims the more credible the presenter and the channels become. No one has the time or the inclination to verify or refute the claims & it just becomes entertainment, real issue become distorted and trivialised while pathetic non issues get primetime. The masses are kept busy, while the looters keep looting and hate mongers keep preaching hatred. Real issues like hunger, unemployment or child labor & persecution take a back seat.

In a race to take the lead in this so called media war, no attack is spared, nothing remains sacred. Those spearheading the different factions become champions, with fake piety & deeds designed to impress the illiterate and gullible masses they try to surpass each other, becoming those who determine how others should live, these so called "learned" become the messiahs but in reality are those, who are destroying the very fabric of Pakistani society.

It is evident by now that no sphere of Pakistani society including its highest regarded institutions are free from bias or bigotry & corruption of the highest order. One by one the ugly face of decay comes to the surface. The latest in such occurrences is the media, be it print or electronic although it's not that a big news for those who have been keeping a keen eye and have been warning for years.

When the dominos of decay start falling, its doesn't take long for it to come back full circle and topple those who started the process, same is the fate of Pakistani media. For years after inciting hatred and violence and promoting a culture of lies and bigotry they now find themselves under the sword of their own creation. Suddenly those who used to be revered by many become infidels, and watching a tv channel or buying a newspaper becomes a sin.

This is the era when nothing can be kept secret for long & people are conditioned to seek out dirt on others, its no surprise that there is such abundance of news of scandals everyday. Where everything is for show and nothing has to do with faith why the surprise over such acts? To top it all off these people try to cover their deeds, by using religion, some will go on an Umrah and some would play Qawalis on a wedding. Exposing how superficial they and there acts really are.

This media, endorsed and promoted & put on its panels lying and frothing mullah who sit and shatter Islam to its core for ratings & those journalist who live and breed on hatred. The brilliant minds and intellectuals of Pakistan are either never invited and if they are they are made the target of ridicule. Not to mention those who dared speak the truth and were silenced like Salman Taseer and those who are attacked for speaking the truth and for having a different opinion like Raza Rumi.

To expect this kind of mindset to do good is a fools errand, still one wishes if things could be different, where the media heard and gave voice to the oppressed, to those who were murdered, wronged in the name of religion, color or creed. But they can't cause they fear the mullah, they fear the status quo and they fear the system which keeps the cash flowing.

A free fair & unbiased media could have taken Pakistan to a different direction, towards progress, towards enlightenment & education. Instead the media chose ratings over nation building, revenues over decency and fear mongering over unity. In turn expediting the process of the already spreading decay of morality and eventual dive into chaos. The process has already started, fingers being pointed, allegations flying, how long the base made of straws can hold this pressure is anyone's guess.