April 08, 2010
These days working on a new project. Its a new version of the Yasurnal Quran for MTA. Here is a screen shot of the project in Adobe Premiere CS3.

It takes about 3 days to finish one lesson. What makes the Yasurnal Quran unique from others is the font that was developed by Peer Manzoor Mohammad Sahib in 1904. It was converted to digital font by some guyz at the Jamia Ahmadiyya making this video version possible. The whole Project is done using the multi-cam technology in Adobe Premier which means that during recording no switcher is used and all cameras have tapes in them giving more flexibility during editing.

There are a lot of separate parts which combine to make the complete picture for instance the 3D portion which is done in a program called Pro Animator. 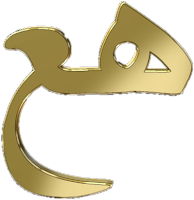 Take a look at the project pic (above)to see how much work is involved. Every letter or words has its own 3D element which has to be made separately. Then there is the background & other element layers.

As far as I recall this was the first program at MTA Paksitan which has a proper set which was also designed  by me. 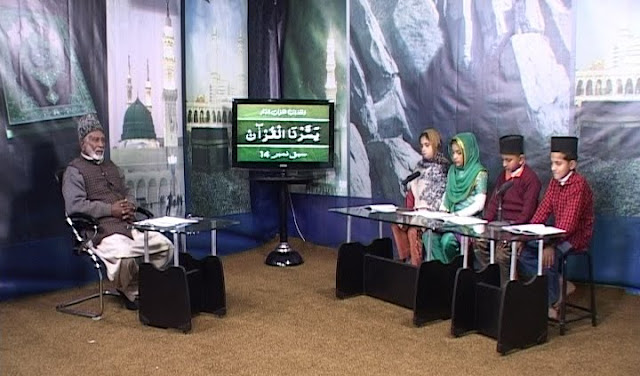 As the Quraan Majeed Project before it this is also a long project. As always your prayers are needed to finish this on time.
About Me Projects TV