The Impact of reality TV like Big Boss on Pakistani Society 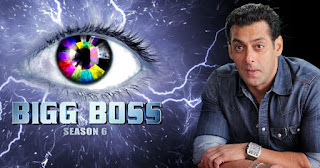 It seems that everyone I know watches Big Boss another import from India, proving that our Pakistani media simply is not capable of producing quality programming and have no problem putting something on Pakistani screens which is at odds with our so called religious boundaries, hence the double standards of the media and the people of Pakistan, who are ok with scantily clad women dancing on the screen but will  rise in fury to kill anyone who wants to believe in whatever  he sees as the truth, its seems that you can do whatever you want as long as its hidden & you take the oath that declares your elegance to the state approved Ummah

Coming back to Big Boss, after watching it for a while for a day I started wondering why would a person watch something like this? whats the appeal? and I have come to a conclusion, that people have lost all confidence in mankind's inner goodness. 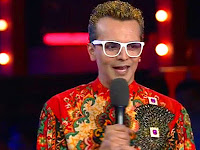 For me whats disturbing & disgusting really, is that people enjoy all the scheming and plotting which is all scripted to make the most fuss and gather headlines, its all fake and exaggerated and no one seems to notice or care.

The audience plays like children in the producers hands who make loads of money with little effort and mediocre production values. While there are endless entertainment programs with real value the channels also take the easy road out.

Common answer is that the participants of such shows are so called celebrities whether known or unknown, they have made success stories with their work. Now, as a common person, there's always a curiosity about what's the lifestyle of celebs, how do they live, what's their personal nature or people watch the show to see how ruthless people can be and how fast morals can be forgotten when playing for money.

These are all valid answers but for me the television experience means that at the end we learn something and what do we learn here?... scheming, lying, cheating, backbiting and plotting is good when your playing for money.

What about values like friendship, sacrifice or selflessness. Sadly these have no place on television and at the end in our real lives.

Its not my intention to judge anyone's character based on what television he watches, my concerns are about morals. Since television represents us as humans and the appeal of programs like these is that they reflect the collective consciousness of a society so when I see programs like these I am disturbed to see such decay in morality. Its seems like that the human race is devolving instead of evolving and getting ready to go back to its roots and the trees.